For all the whining about any SHAMpeachment acquittal being ‘illegitimate’, the one story you won’t hear from Democrats, the one argument media will not discuss, is…

…they can always impeach again…

…’cuz that blows a HUGE HOLE through their narrative.

Sorry libs – Democrats are their own worst nightmare.

As noted previously, the House MAKES the case, the Senate tries the case.

…then whine they need more of them after presenting their failed case.

The audacity is comparable to a guy who murdered his parents throwing himself on the mercy of the court, because he’s an orphan…Democrats created their own problem.

They’d never get away with this if there were an honest media.

That said, what court accepts hearsay evidence from an anonymous source, allows that source to stay anonymous, and never questions credibility or legitimacy of the source?

Especially when it’s a case of impeaching a U.S. PRESIDENT?

An old purchasing adage says ‘your failure to plan doesn’t constitute an emergency of mine.’ Similarly, failure on the House Democrats’ part (to include all needed witnesses in making their case) does not constitute a failure on the Senate Republicans’ part.

As noted previously: “Farce, wrapped in Tragedy, packaged in another HOAX box.”

Why not? They can’t stop now…all-out assault is all they have. 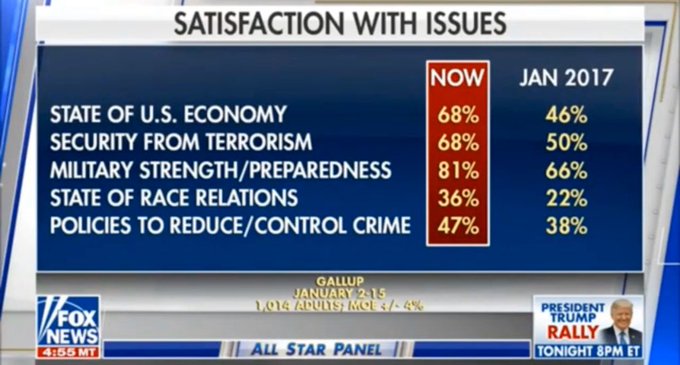 SHAMpeachment Democrats want us to believe the Constitution is quiet on the Chief Justice’s role while presiding over their HOAX, but they’re either liars or ignorant.

(They push that argument when considering a 50-50 tie vote on the ‘witness’ issue, as they want us to believe the presiding officer – Chief Justice Roberts – can break a tie.)

The Constitution makes clear that it’s the Senate’s job to hear the case presented to them by the House: “The Senate shall have the sole Power to try all Impeachments…”

‘Sole power’ Chief Justice doesn’t make Senate rules, or tell the Senate its business. As in common law, if a jury is deadlocked (tied), the judge declares a mistrial and ends it.

Democrat hoaxsters either know this and lie, or are willfully ignorant of the Constitution they swore under oath to protect and defend while holding their public office…

And don’t even get us started on the fact they already had 17 WITNESSES and the GOP were allowed none when Democrats built their SHAMpeachment case.

(Actually, they had 18 witnesses; Democrats are hiding the IG’s damaging testimony.)

If that doesn’t reveal the HOAX for what it is, nothing does.

Now everyone is focused on mixed motives of the Trump-Ukraine kerfuffle, with the Democrats arguing ‘if it benefits a Republican, it’s not allowable or justifiable’, and the Republicans arguing that, where mixed motives are concerned, it’s all fair play.

Get beyond this, people. There’s a larger reality involved here.

Questioning corruption that might involve a political opponent is only beneficial to the questioner IF THE OPPONENT IS GUILTY OF THE CORRUPTION IN QUESTION.

Especially where a Democrat is involved. Why? Media bias leans heavily Democrat.

If the suspected Democrat is innocent of corruption allegations, does anyone honestly believe the media will give a Republican leveling that debunked allegation a free pass?

Or, that every day, media wouldn’t hammer that proven Democrat innocence home?

The only way corruption allegations benefit Republicans is if a Democrat is guilty…and even then, the FakeNews media will do everything it can to obscure that guilt.

…their real objective is about HIDING CORRUPTION REALITY…

…with their media allies – per the playbook – helping to obscure that fact.

“Anti-gun ‘expert’ says ‘how you hold the gun makes it’ an assault weapon” in his effort to help determine the difference between hunting and assault weapons.

But, here’s a handy guide on how to define what constitutes an ‘assault’ weapon: If it’s aimed at or used against you in a threatening manner, consider it an assault weapon.

(The rest of America would sigh in relief, but for Dems it’s never about America.)

And, then, there’s a tremendous hypocrisy factor that screams for exposure.

The politician who lied her way through college and state bar associations by reaping undeserved benefits posing as a Native American (‘cuz grandma had high cheekbones) now has unmitigated audacity to say others should be criminalized for disinformation?

It’s laughable when Democrats rage over voter disinformation…it’s beyond disgraceful when this particular LIARcrat is allowed to try getting away with it and not be called out.

Where are the HONEST Democrats who will stand athwart principle and say ‘Enough’?

…your anti/never-Trump buddies in the House needed to make a legitimate case for impeachment – they FAILED. The Senate job is to hear the case, not build it for them.

And whining about ‘more witnesses’ doesn’t pass the smell test.

This isn’t a matter of ‘it’s now or never’…if the case House Democrats built fails, there’s nothing stopping them from building their next HOAX (or call it Impeachment2.0)…

…at least, that is, until the Nov. election results (if/when House control goes GOP).

Besides, Senate rules have a built in kill-switch…if the Democrats try to pull a fast one, the team that represents the President can call for an immediate verdict or dismissal.

In essence, trying to force a ‘more witnesses’ issue puts the burden on the Senate to help the House further build their case, which is not within their constitutional purview.

That qualifies as pulling a ‘fast one’ and should trigger the Trump-team’s kill switch.

Democrats want a stronger case? Okay…it’s their House Democrats’ job to build it.

Pres. Trump’s approval polling has gone up 4-7 points since SHAMpeachment began. If Democrats want to keep that trend going, until elections change the dynamic, they can.

Well, if they wanted those witnesses, they should’ve subpoenaed them during their first hack at impeachment, instead of trying to force a ‘more witnesses’ issue on the Senate.

It’s the House of Representatives job to build a case on impeachment.

It’s the Senate job to hear the case the House built…not add to it.

They want more witnesses? Build another case, and subpoena them already.

Otherwise, shut up…and try some other type of Hoax effort.

As fears of the China coronavirus spreads, there’s this to add to the equation: “Virus-hit Wuhan has two laboratories linked to Chinese bio-warfare program”

Wuhan is the locality blamed as the source for the latest coronavirus pandemic.